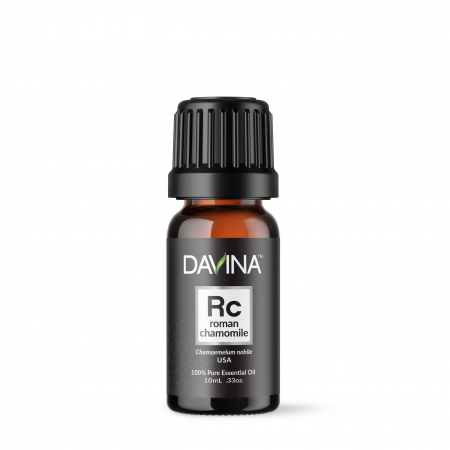 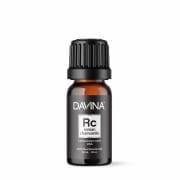 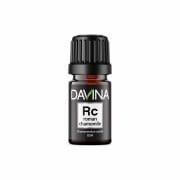 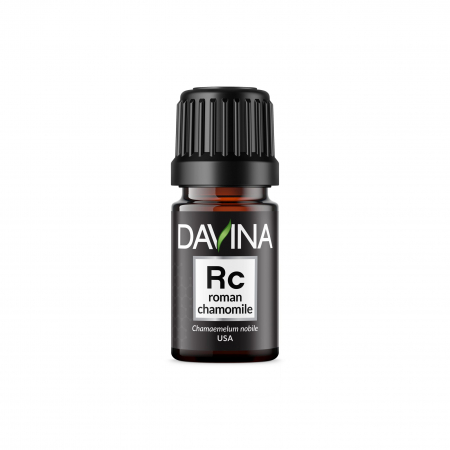 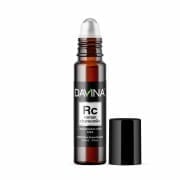 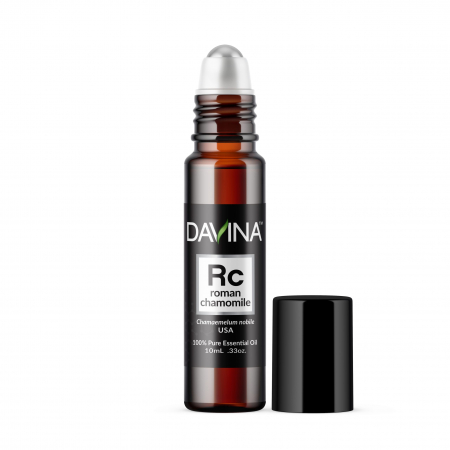 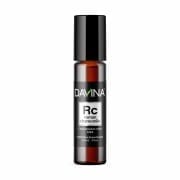 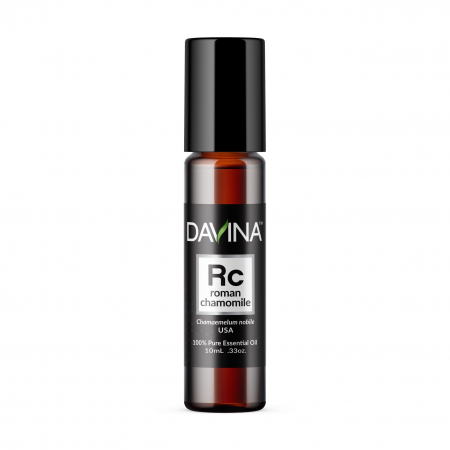 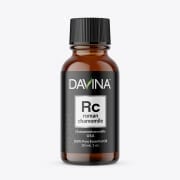 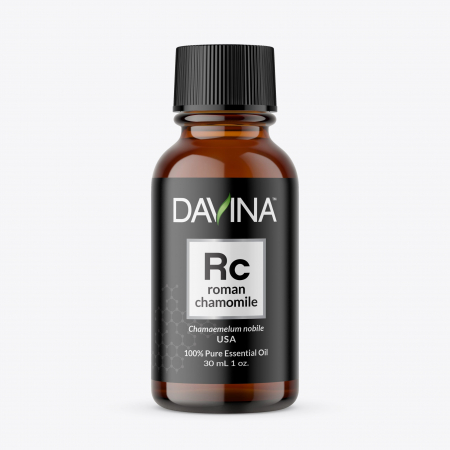 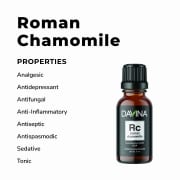 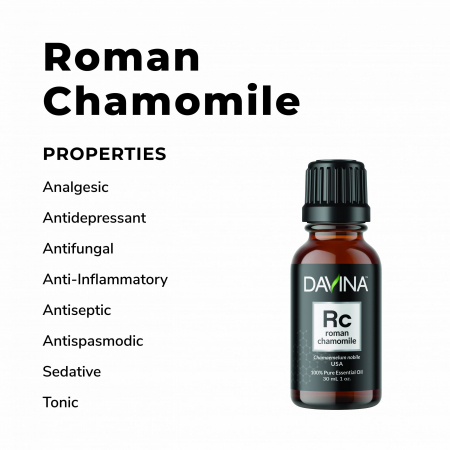 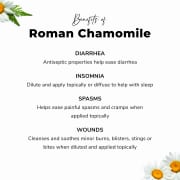 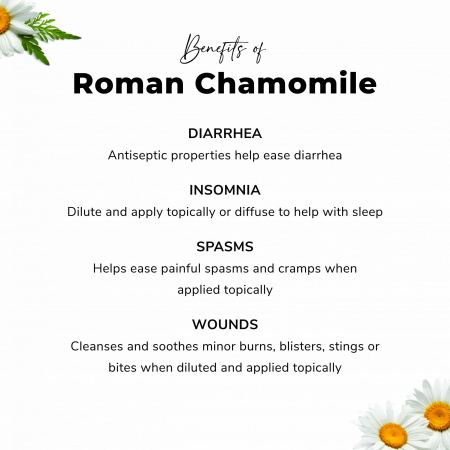 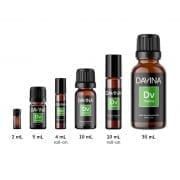 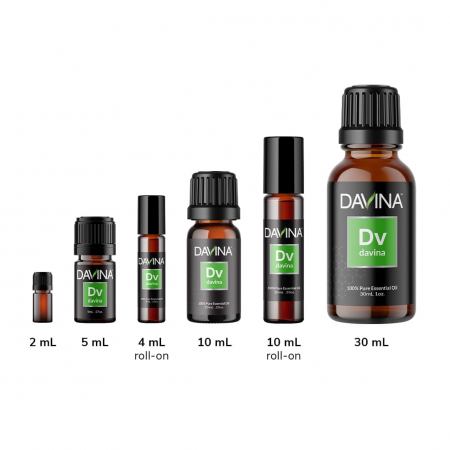 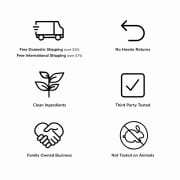 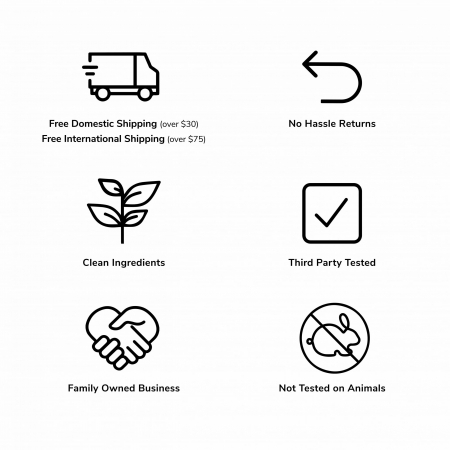 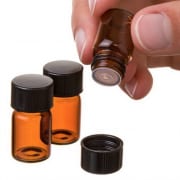 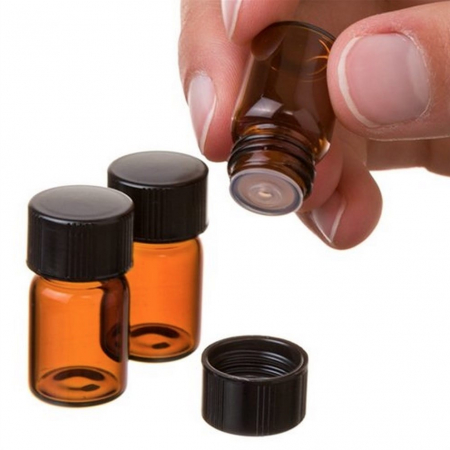 Roman chamomile, while providing many practical uses from relieving indigestion and gas, to skin blemishes and insomnia, has a warm and pleasing aroma that is as enjoyable as it is useful. For those whose lives are full of stress and anxiety, roman chamomile has a harmonizing, calming and sedative effect that’s especially helpful when it comes time to unwind.

AROMATIC:
Add 8-10 drops to a diffuser
Add a drop to palms of hands, cover nose and mouth and inhale
Add to water in spray bottle to spritz in room or on linens
Inhale scent directly from bottle, or put a drop on tissue and inhale

Our Recommendations:  If pregnant, nursing, taking medication, or have liver or kidney disfunction, consult your physician before use. Avoid eyes, mucous membranes, and sensitive skin. Keep out of reach of children.

If applying an essential oil to your skin always perform a small patch test to an insensitive part of the body (If it is not already diluted, dilute with a carrier oil).

Store in a covered or dark, airtight container in the refrigerator or cool area for longest shelf life.

The idea of aromatherapy, using essential oils, has been considered as an alternative antidepressant treatment. In the present study, we investigated the effect of Roman chamomile essential oil inhalation for two weeks on depressive-like behaviors in Wistar-Kyoto (WKY) rats. We found that inhalation of either Roman chamomile or one of its main components α-pinene, attenuated depressive-like behavior in WKY rats in the forced swim test. These findings collectively suggest the involvement of mitochondrial functions and parvalbumin-related signaling in the antidepressant effect of α-pinene inhalation.

OBJECTIVE: To determine the antioxidant and antifungal activities of the essential oils from five aromatic herbs, including Thymus vulgaris, Chamaemelum nobile, Ziziphora clinopodioides, Zingiber officinale and Cuminum cyminum, against different Aspergillus and Penicillium species. CONCLUSION: Owing to their strong protective features, these oils could be used in ethno-medicine as preventers of lipid peroxidation and cellular damage, and in food industries as preservers of foodstuffs against spoilage fungi. Also, they could be the candidates to develop new antibiotics and disinfectants to control infective agents.

Price and Price (2007) suggest that Roman Chamomile has anti-inflammatory action.

Roman Chamomile helps decrease inflammation by mildly inhibiting the 5-lipoxygenase (5-LOX) enzyme that is involved in the inflammation response according to in vitro research.

Clinical and invitro studies found that Roman chamomile extracts and essential oils penetrate into the deeper skin layers where it reduces the production and activity of pro-inflammatory molecules (prostaglandins, and COX-2 enzyme, without affecting the COX-1 enzyme) to reduce inflammatory skin conditions.

Pénoël and Franchomme (1990) state that the esters in Roman Chamomile have antispasmodic activity.

The essential oil also had a remarkable smooth muscle relaxant effect in this setting. Similar relaxant effects were also detected on other visceral preparations, including human jejunum. This is the first report on the activity of Roman chamomile on smooth muscles that may reassure the rationale of the traditional use of this plant in spasmodic gastrointestinal disorders.

The scent of Roman Chamomile has a calming, sedating effect.